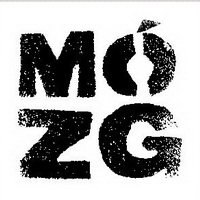 BINOCULERS (Minimal-Folk – Hamburg)
Timeless yet modern Folk from close-up to bird’s eye view that maps the landscapes of melancholy.Binoculers follows a minimalist attitude but fills the idea with versatile instruments and a loop machine. Imagine a musical box playing lullaby hymns at midnight. The songs are discreet and chary but not shy, rather a modest invitation than screaming and pushy. From the loneliness of a pirate to a circus in the clouds, this picturesque music spans a large spectrum.
Nadja Rüdebusch has been writing her songs and playing concerts under the name of Binoculers since 2007. She lives in Hamburg.
The debut album „Every seaman’s got a favourite spaceship“ was self-released in November 2009 and came out again on the Hamburg based Label “Labelship” in November 2010 on Vinyl and CD.

HONIG
For years Stefan Honig was the singer of the German indie band
BENEVOLENT and for two years now he’s a solo artist
who quickly became one of the leading figures in Düsseldorf’s newly
formed singer/songwriter scene.
His debut album “Treehouse” came out in 2009
Off stage Stefan works as a kindergarten teacher and the experience of watching the world through the eyes of a child often finds its way into the lyrics of his songs.
He has played many shows in and around Germany, Poland and the Netherlands.
A six week tour through China and has successfully supported international acts like
Chris Garneau, Calexico, An Horse, Joshua Radin, Isbells, The Black Atlantic,
John Vanderslice, Tunng, Castanets and many others.
Whether he is playing on his own or backed up by a band –
HONIGs songs are songs to get lost in.
Emotional and thoughtful. Passionately performed in the spirit of
old heroes like Nick Drake or Elliott Smith or new acts
like Bon Iver.